One Man’s Experience Touching the Nation 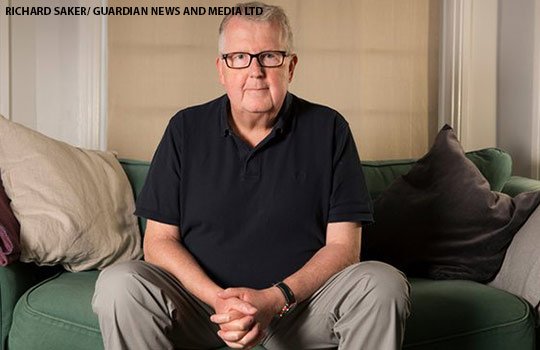 Steve Hewlett’s recent interviews on Radio 4’s PM programme about his experience of cancer have been widely acclaimed. Steve is a writer, broadcaster and media consultant – he is also the editor of Radio 4’s Media Show and was diagnosed with oesophageal cancer in March 2016.

From the outset Steve understood that his treatment was always going to be about extending lifespan rather than curative and Steve has been open and frank about his feelings and experiences both with his family, colleagues and the nation!

As a seasoned journalist, maybe it comes as second nature to him to research and report on his cancer experience but the resultant articles and particularly the interviews with PM’s Eddie Mair have provoked a strong response in those that have heard them with listeners reporting things like remaining sat in their cars on their driveways to hear the interviews in their entirety. Others have commented on the positive effect of hearing a man (or men as Steve’s 3 grown sons are also interviewed on one occasion) discuss his feelings so openly.

From the outset, Steve’s experience has been characterised by choices. Initially choosing the best hospital and treatment and, latterly investigating the possibility of participating in clinical trials.

Faced with a terminal diagnosis and potentially a short window of opportunity (he was told that, left untreated, he would lose the ability to eat or drink within 8-10 weeks) Steve describes himself as being “reduced to tears” but the inefficiencies of the NHS administrative process in securing appointments.

At his very first appointment at his local hospital, Steve describes being seen by a Registrar who suggested a treatment regime but made no mention of an additional drug that Steve had been expected to be offered based on his own research. So Steve politely mentioned it. Leaving the room, a brief corridor discussion between Registrar and Consultant led to the Registrar returning and offering to include the additional drug. On questioning the Registrar agreed that research does suggest that, although patients may tolerate the treatment regime less well, the additional drug provides a 10% improvement in response. Steve comments wryly that 10% seems a lot more significant when faced with a prognosis like his but his main point here is that he felt aggrieved not to have been offered the choice. Unsurprisingly this hospital was not in the end Steve’s choice for his treatment, opting instead to attend the Royal Marsden in London.

The Macmillan CNS present during one interview underlined the importance of taking a second person with you to appointments not least for emotional support but also to be a second pair of ears. Steve agreed that this was great advice but wondered how his 80 year old mother would cope with this process if he found it so hard. “Would she have been able to access the information, would she have been able to get on and off the phone chasing her appointments and ultimately challenge the doctors? How many people just go along with it all passively?”

Here we see an educated, articulated and self-advocating individual describe his experience of navigating the cancer pathway and struggling. As advocates we traditionally support those less able to have their voices heard but Steve’s testimony makes the case for cancer advocacy clear. Even when health care professionals are doing their very best, many of us would find advocacy support invaluable if faced with a difficult diagnosis.